On Dec 6th, 2012, Suicide Charley Marine Cpl. Craig Maddy was shot in the head by an unknown assailant just outside of Palms Springs CA.

To date the State of California has yet to process the evidence
and the perpetuator remains at large.

With the love and care of his parents, Craig would fight for his life for Six Years before succumbing to his injuries. Craig was buried with full military honors on 05 March 2019 at Tahoma National Cemetery in Kent Washington. . 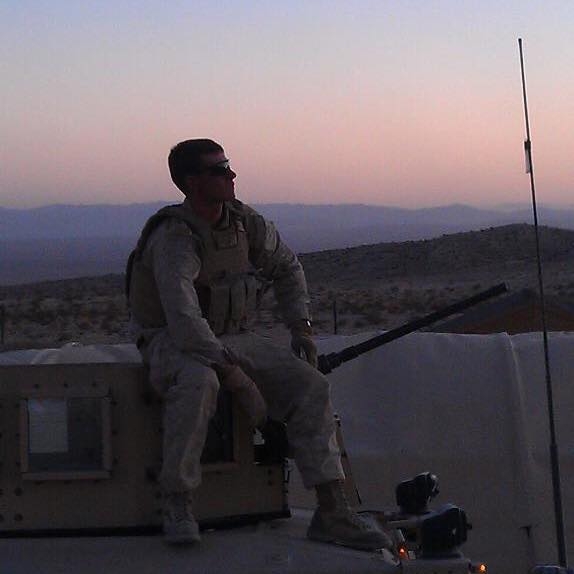 DREAMS KNOW NOTHING OF BOUNDARIES

Born in Spokane Washington, Craig was welcomed into the world by his loving mother Vandi J. Frame-Maddy on 23 May 1991. Arriving six weeks premature, Craig came out fighting from the start.

Craig’s formative years were spent in Brussels Belgium where he learned to speak English, French and Flemish (a Dutch dialect) simultaneously. Craig’s first words were “Kijk!”, Flemish for “Look”, expressing his lifelong fascination with the world around him.

A world traveler, Craig spent summers on the North Sea beaches of Belgium, travel throughout Europe visitingLondon England, many Dutch cities including Rotterdam and Amsterdam Holland, see the great Köln cathedral in Cologne Germany, travel along the Rhine River through Germany visiting castles on the journey to Disney Paris France.  As a teenager Craig would return to Europe and tour Belgium, Spain and Italy.  Back in the United States Craig would spend family summers in Williamsburg North Carolina and Galveston Island Texas and trips to the home of Dr Pepper in Waco and the Alamo in San Antonio Texas.

Returning to the United States at age Five, Craig was in for a surprise the first time he saw a big yellow school bus and began acclimating to live in Seattle Washington. Craig’s mother would also find love and meet her future husband John Arnold, but first they were already on their way to the next adventure when Craig’s mother accepted a position in Korea teaching English to school children.

Most of their neighbors in Osan Korea had never met a Caucasian child and Craig, already handsome with his dark hair and striking blue eyes was an instant celebrity. Craig’s comfortable charm and charisma made him something akin to an Anime/Rockstar, and he readily made many friendships. When the semester ended, they returned to Seattle and began the next phase of their lives.

Craig’s stepfather John, was a single parent raising children from his previous marriage and Craig was instantly a little bother in a family of now five siblings. Craig’s relationship with John was forever bonded when Craig asked to call John “Dad”. John would be a loving father for the remainder of Craig’s life.

Before long the Family was off to Europe when John’s career took them to Brussels Belgium after a week plus layover in Boston Massachusetts waiting for dad’s Work Visa. Almost like going Home, but alas you can never go home again. Less than a year and a half later the DotCom bubble collapsed followed by the tragic events of 9/11 and the family returned to the States in the winter of 2001.

Craig grew up in a house of music, his mother a classical flutist, the music collection ranged from the Classics ofBach & Beethoven, to the Hip-Hop of Tupac Shakur. Forever a Rock & Roll fan, Craig would master the guitar, both acoustic and electric, beginning at age ten. A natural artist, Craig was an accomplished drawer as well as musician.

Before the age of 6 Craig would master more than just the fundamentals of chess and excel at all games throughout his life. Craig’s Marine Corp buddies were not surprised when a segment of semi-pro online gaming skills was included in a Microsoft XBox commercial.

Settling in Houston Texas, Craig would graduate from Sharpstown High School where he excelled in Chemistry and Mathematics. Always a talented athlete, Craig excelled in Running, Soccer, Football, Golf, Shooting and Baseball. A natural Marksman, if it went “Bang!” Craig would hit the target with it. A runner since grade school, Craig participated in a number of events including the Susan B. Komen Race For the Cure. Craig would receive his Letterman Jacket as a Second Baseman on the Sharpstown Apollos baseball team. Craig would go on to play the leading role of D’artagnanin the school’s production of The Three Musketeers. With his casual confidence and charm Craig quickly made friends his Freshman year that remained strong companions throughout high school and beyond. As a member of the JROTC, Craig proved to be an expert Marksman on the Rifle Team and a member of the Silent (rifle) Drill Team where Craig’s uncanny ability to focus would come to bare. Craig would spend hours on end mastering the Silent Drill routines.

From the age of three Craig had expressed his desire to follow in his grandfather’s footsteps and serve in the United States Marine Corps. Enlisting in the Marines at 17 while still in high school, the next chapter of Craig’s life would unfold rapidly.

As a high school graduation gift, Craig’s parents arranged for him to spend the summer in Europe before reporting to Marine Corp Boot Camp. Turning 18 years old in May, Highschool graduation in June and off for the summer in Europe where Craig’s charming charisma would make many new friendships. After a single night on the town in Spain and Rome Italy, Craig’s grandmother/chaperone was amazed as everywhere they went young people would great Craig as a longtime companion. Prompting grandma to ponder just how many friendships can a guy form in one night?

Craig’s military service began with boot camp at Marine Corps Recruit Depot (MCRD) San Diego California. About halfway through boot camp Craig was involved in a seemingly trivial incident that nearly resulted in his dismissal and would require him to restart Basic Training from the very beginning. At this dark turning point in his life Craig reached out to his mother who shared with him the following advice: “The measure of a man is not his wealth or how he handles his success but rather by how he faces adversity. What do you do when life has knocked you down on your knees? Do you suffer and wallow in it or do you pull yourself up and stand to face your adversary?” All of us who had the privilege to know and love Craig know the caliper of man he was and how he would go on to face and conquer life’s challenges!

After successfully completing Basic Training Craig would go on to complete the School of Infantry (SOI) at Camp Pendleton California. From SOI Craig would be assigned to the Fleet, serving with the 1st Battalion, 7th Marine Regiment (the 1/7 infantry battalion) in Twenty-Nine Palms, California just outside of Palm Springs. A student of history, Craig was deeply honored to be selected to serve as a mortar-man (MOS 341) with the Suicide Charlie Company made famous at the battle of Guadalcanal by the legendary Sargent “Manila John” Basilone who became the first enlisted man in WWII to be awarded the Medal of Honor. Able to perform Calculus in his head, Craig’s mathematics skills excerpted themselves when he devised a faster method to re-calibrate the mortar aiming system when new coordinates were received that his Commander would adopt for the entire Company.

During his time at Twenty-Nine Palms Craig became an ardent bodybuilder, working out multiple times a day in aeffort to craft his 6’1” frame to a solid 200 lbs. before his deployment. After completing Desert Warfare andMountain Warfare training at Twenty-Nine Palms, Craig would go on to complete a Jungle Warfare course on theUS island of Guam. Serving with the South Pacific Fleet, 31st Marine Expeditionary Unit (MEU) Craig’s company would also provide Tsunami Relief Aid to the people of the Philippines. As ever, Craig was forever grateful of the many peoples met and friendships made throughout his time in the Pacific.

In recognition of his outstanding service, Craig would archive the rank of Corporal in less than four years – a major accomplishment for any enlisted man. Craig received several decorations, including the Combat Action Ribbon, Navy Meritorious Unit Commendation and Marine Corps Good Conduct Medal.

After British forces suffered a full third of all British casualties during the campaign in the Sangin district ofHelmand Province Afghanistan the United States Marines would be assigned the task of stabilizing the region. As part of Operation Enduring Freedom, in 2012 Craig and the 1/7 Suicide Charlies would face one of their biggest challenges during their own combat deployment to Sangin, Afghanistan. With mortar system rarely used in this particular theater of combat, Craig’s marksman skills would be called into action as he was assigned as a vehicle mounted turret machine gunner. As the Lead Gunner, in the first vehicle, Craig’s vehicle was damaged byImprovised Explosive Devices (IED’s) on three separate occasions. Never one to wait at the base for an enemy attack, Craig would volunteer for over three hundred combat missions during his seven-month deployment. A hard deployment. During the campaign Charlie Company would suffer the loss of two of their own and two more of Craig’s compatriots would lose their legs to IEDs. To say Craig was honored to serve with these brave men does not do justice to the love and pride he felt for his Brothers at Arms.

Prior to returning home to the States, Craig would extend his Combat Tour by 6 weeks, sacrificing his place to return with another Marine (who Craig didn’t personally know) whose father was dying.

While stationed at Twenty-Nine Palms prior to his deployment to Afghanistan, Craig had begun dating Deanna Marie Daglas, a student at UC Santa Barbara. Craig enjoy his time in Santa Barbara with Diana and looked forward to his own college experience. Diana would accompany Craig to the 2012 Marine Corps Ball in Las Vegas Nevada. Less than two weeks later Craig’s life would be forever changed when he suffered a devastating gunshot wound that would become the hardest challenge of his life. With the love and care of his parents, Craig would fight for his life for the next six years before succumbing to his injuries.

Craig was buried with full military honors on 05 March 2019 at Tahoma National Cemetery in Kent Washington.