It is with a sadden heart that we announce that our brother, MGySgt Larry Deyott has crossed over to Valhalla.  We all met Larry back in 1983 as young boots in Suicide Charley, 2nd Platoon.

Although 40 years has passed since we were all young Marines, full of energy and grit, we still managed to all reconnect with each other.  Larry was the glue that held our little band of warriors together!

Last May, one of our brothers passed away from Covid 19, Cpl. Terry Koplitz.  I had the pleasure of being able to se him about a month earlier down in Florida.  We found out that we were only 45 minutes from each other while on vacation.  So what does one do…We got together for Beers!  Had a great time talking about the old days!  It was in Florida that he caught thee Covid and past a month later.  This is setting the stage for the Warrior Road Trip!  Myself, Larry, Michael Horne and John “Hank” Polyzos all made the trip to a small town in Wisconsin for Terry’s final send off.  I have to say, it was an amazing trip!  The time we spent together was awesome!  Larry acting like a typical Master Gunns was leading the way.

Prior to this road trip, Larry wanted to have a get together at his house in Stafford VA.  He was hoping for a wide turn out, but many couldn’t make the trip on short notice.  Michael drove up from North Carolina and I was only 45 minutes away from him, so it was easy.  He decided to pull out his large collection of Bourbons and it all started!  What a night!  Now I blame him for my addiction to good Bourbons!  Shit isn’t cheap, thanks Larry!!

You’ve heard from me, but the best is yet to come! – Kirk Harris, Cpl of Marines. 2nd platoon

“Master Gunnery Sergeant Deyott “Larry” was one of the best friends I ever had the pleasure of calling Brother. He was a true leader and never tried to be the center of attention. He was well respected simply because of the caliber of man he was. One of the fondest and funniest memories that I have is when I was living with he and his wife Deanna. I was missing home, North Carolina; so I decided to cook up some collard greens. Naturally I knew they we’re delish but had an awful odor when cooked. Larry being from Montana had never had collards. He cussed me for all I was worth and threatened my life if I ever cooked that shit in his house again. Thirty eight years later he still complained about that awful smell and I still laughed as hard as I did on that day. This is only a snippet of the memory’s that we made. Gods speed my Brother, your mission is complete” – Cpl. Michael Horne Suicide Charley 1983-1985

“I first met Larry in 1983 while we were deployed on the USS Juneau LPD 10.  After bumming a few dips of Copenhagen here and there, we became fast friends.  Shortly after, we found ourselves touring the orient and enjoying what our beloved Corps had in store for us.  After our extended tour, to make a second deployment to Okinawa, we received our discharge papers.  From there, we moved his belongings back to Montana where is family would welcome me as one of the family.

After staying and enjoying Montana for a while, Larry went back into the Corps and rose to the rank of Master Gunnery Sergeant after 32 years for faithful service.  It was an honor to have spend 40 years of my life with him.  Thank you for the great times brother, Love and Miss you more than you can know!” 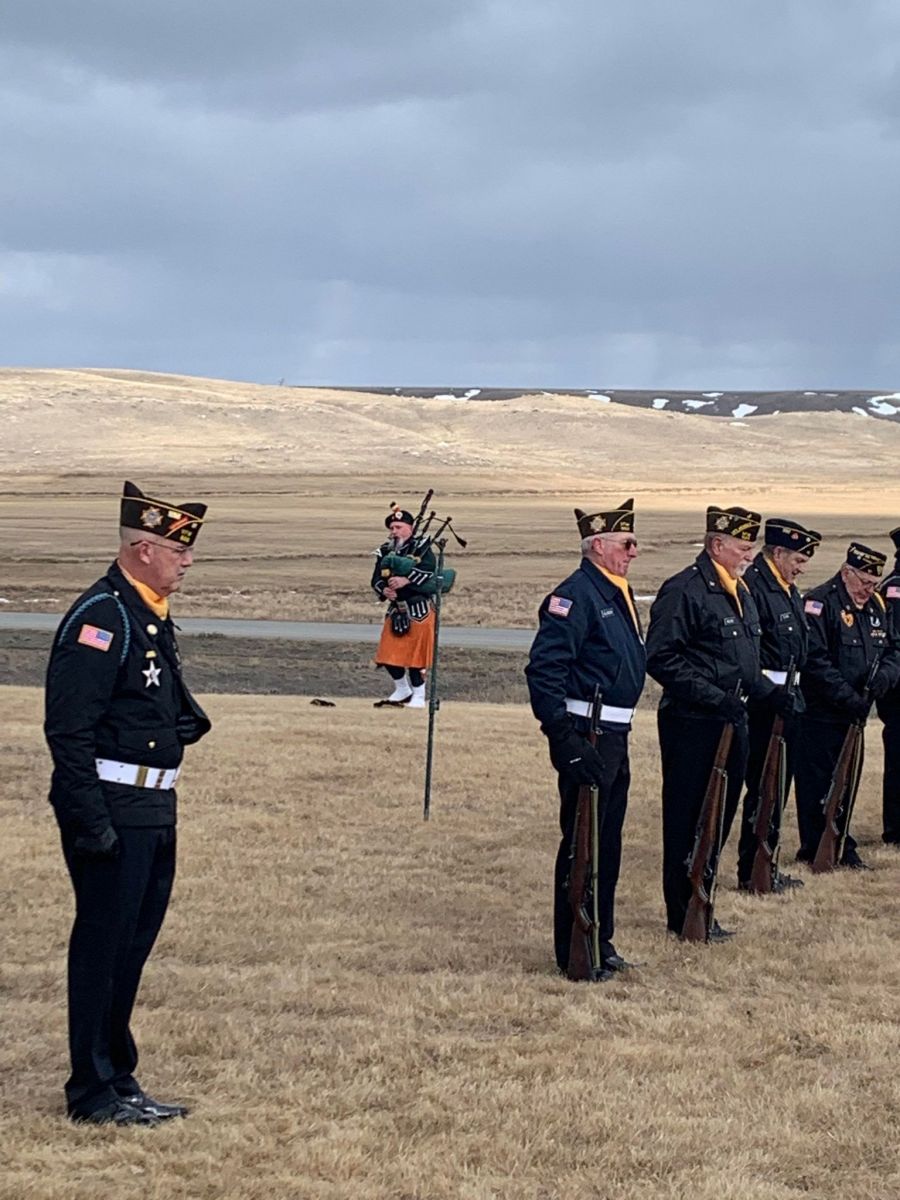 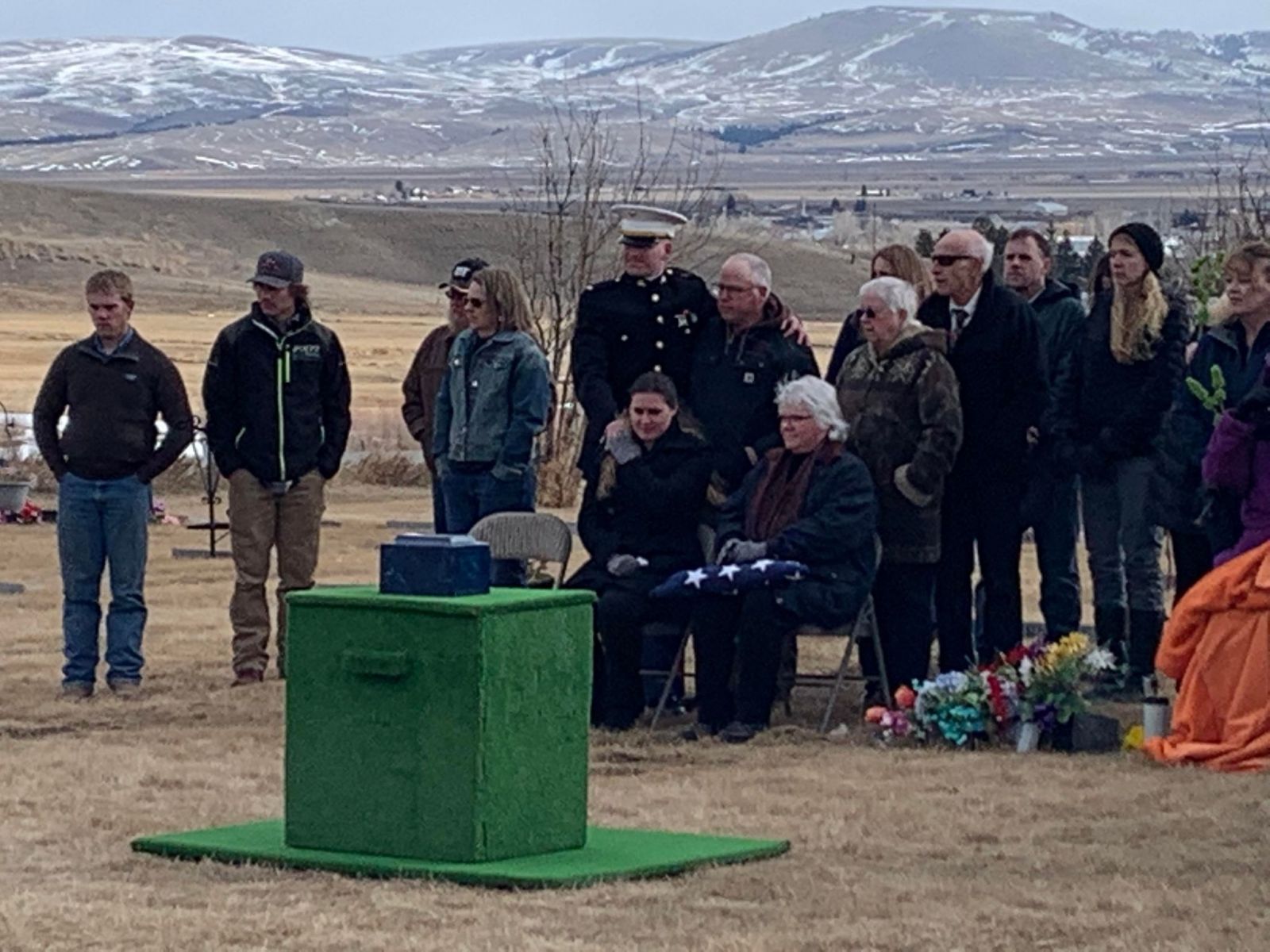 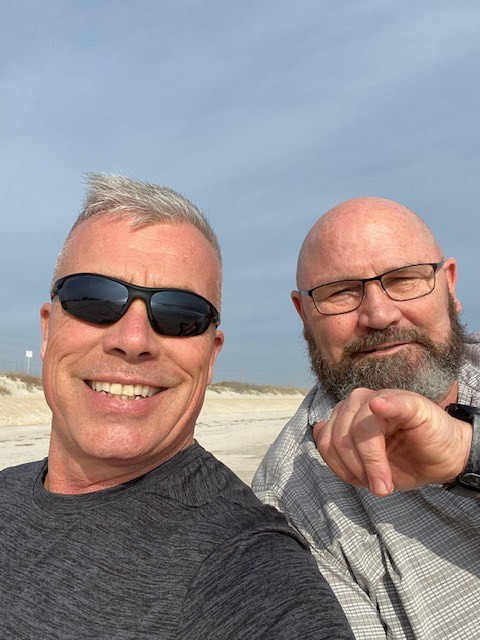 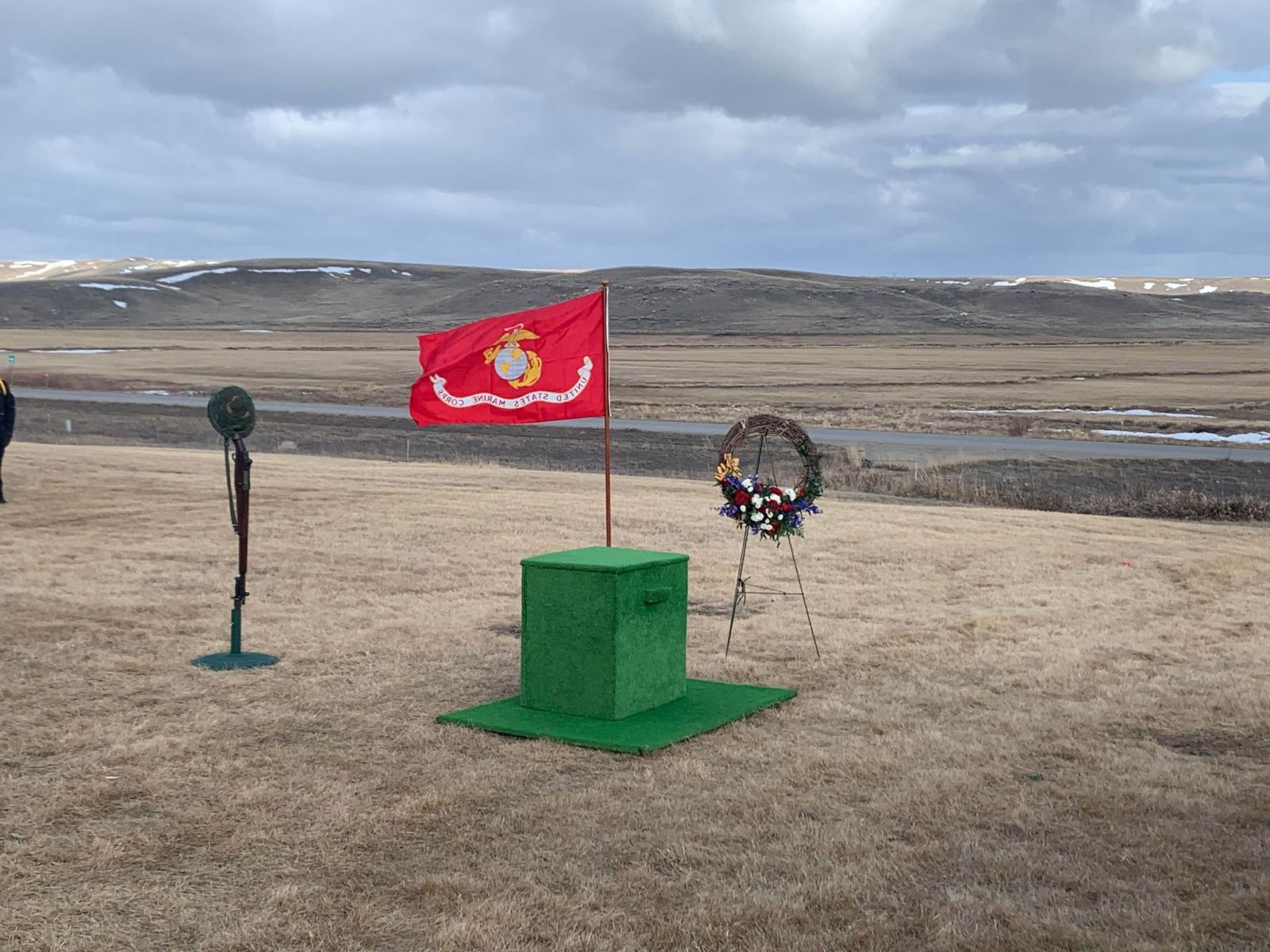 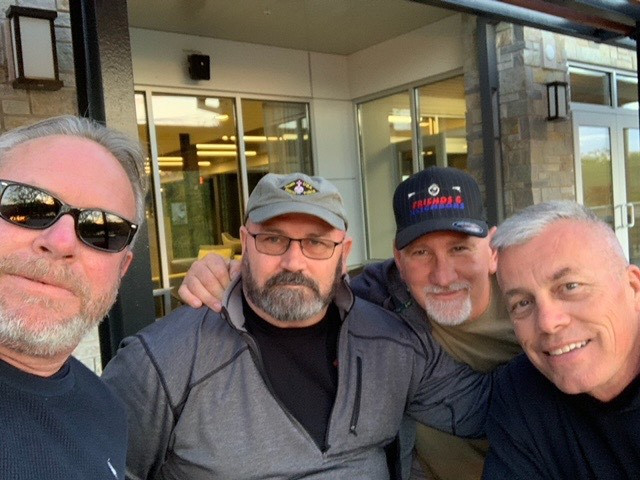 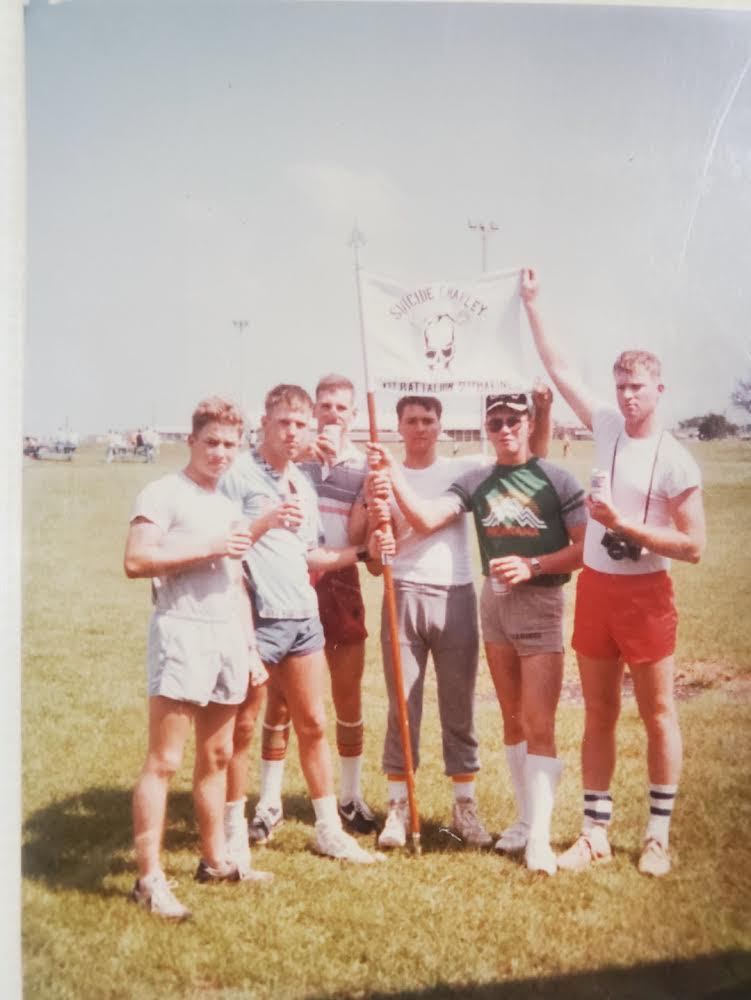 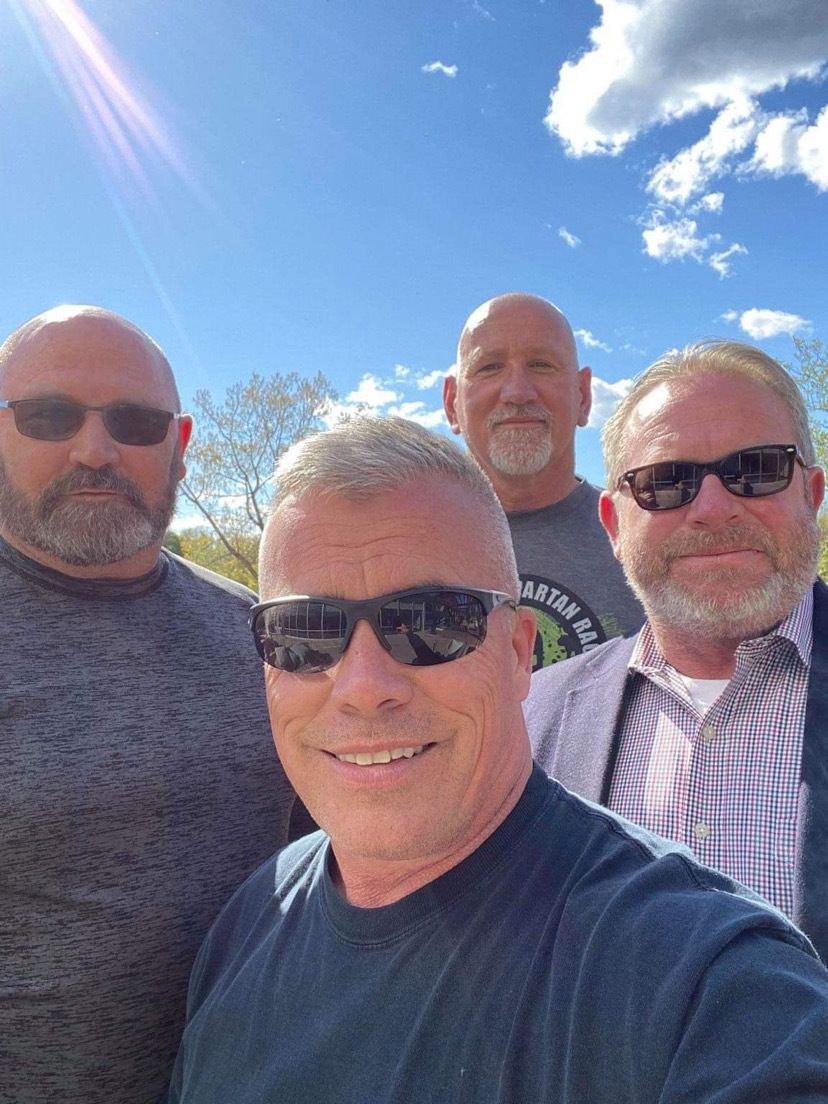