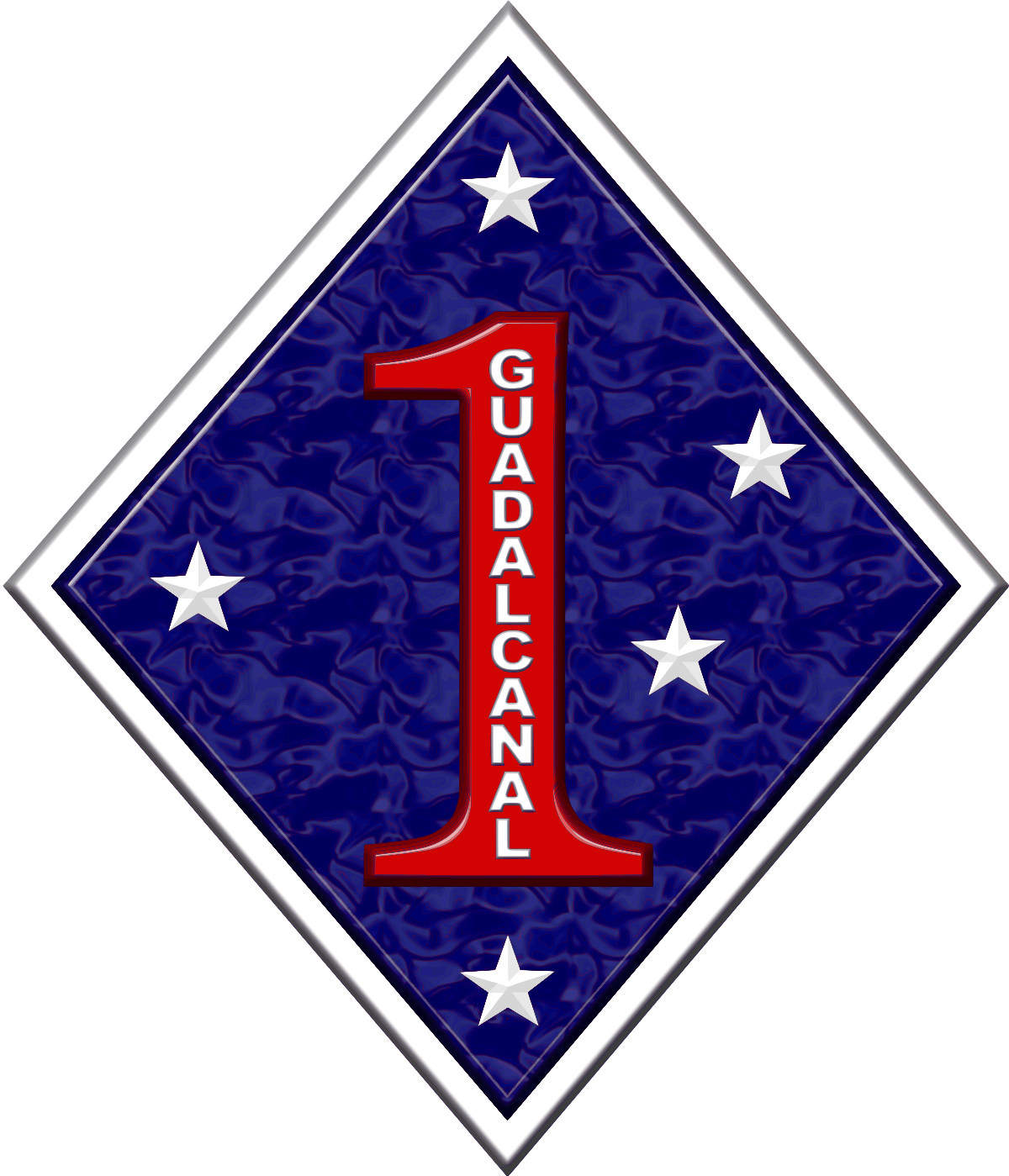 Division regiments were in existence as early as Mar. 8, 1911, when the 1st Marine Regiment was formed at Guantanamo Bay, Cuba. The Marines saw action in Haiti in 1915, the Dominican Republic in 1916, and throughout the Caribbean during World War I. The 5th Marine Regiment was established on July 13, 1914, in Veracruz, Mexico. In 1925 they served in Santo Domingo, Dominican Republic, and participated in 15 major engagements during World War I. These include Belleau Wood, Chateau-Thierry and St. Mihiel.

On Aug. 11, 1917, 7th Marine Regiment was activated in Philadelphia. It spent the duration of World War I in Cuba and was disbanded after the war. It was reactivated in 1941. The 11th Marines was formed in January 1918 at Quantico, Va., as a light artillery regiment. The regiment went to France as an infantry unit, providing a machine gun company and a guard company. Decommissioned and reactivated twice between world wars, the regiment again served as infantry in Nicaragua. Re-formed in 1940 as a full-fledged artillery unit, 11th Marines joined 1st Marine Division.

World War II in the Pacific
Guadalcanal was the first major American Pacific campaign in World War II and the first time 1st Marine Division conducted combat operations as a division. The Division’s actions during this operation won it the first of three Presidential Unit Citations during the war. The battles of Peleliu and Okinawa culminated in additional citations. Three weeks after Japan surrendered, the Division was dispatched to North China for occupation duty.

Korean War
When war broke out in Korean, 1st Marine Division provided support as the Pusan Fire Brigade and later landed in Inchon during the largest amphibious operation conducted at that time on Sept. 15, 1950. The Division, as part of the U.S. Army X Corps, subsequently pushed back enemy forces north into mountains around the Chosin Reservoir before being surrounded by Chinese forces, who suffered more than 40,000 casualties trying to stop the Marines’ withdrawal from reservoir. This battle, including actions between April and September, earned the Division three Presidential Unit Citations.

Cuban Missile Crisis
In 1962, 2nd Battalion, 1st Marine Regiment, deployed to Guantanamo Bay for two months during the Cuban Missile Crisis. More than 11,000 Marines of the 5th Marine Expeditionary Brigade participated in the naval blockade, which forced the withdrawal of the missiles from Cuba.

Vietnam
In 1965, 7th Marine Regiment participated in the first major engagements for American ground troops in South Vietnam. In March 1966, 1st Marine Division Headquarters was established at Chu Lai. By June, the entire Division was in South Vietnam. Its zone of operation included the southern two provinces of I Corps, Quang Tin and Quang Ngai. Between March 1966 and May 1967, the Division conducted 44 named and unnamed operations. Major engagements included Operations Hastings and Union I and II.

During the 1968 Tet Offensive, the Division was involved in fierce fighting with both Viet Cong and North Vietnamese Army elements. It successfully defended every enemy assault in its area of operations, pursuing the enemy back to their strongholds. It was during this period that the Division earned its seventh and eighth Presidential Unit Citations. After six years, 1st Marine Division returned to California in 1971. In 1975, the Division supported the evacuation of Saigon by providing food and temporary shelter at Camp Pendleton for Vietnamese refugees as they arrived in the United States.

Disaster Relief and Somalia
Immediately following the Persian Gulf War, the Division sent units to assist in disaster relief efforts in Bangladesh through Operation Sea Angel and the Philippines through Operation Fiery Vigil. In 1992, 2nd Battalion, 9th Marine Regiment and the 15th Marine Expeditionary Unit brought relief to famine-stricken Somalia. The final phase of the operation involved the transition to a United Nations peacekeeping force. U.S. Marine involvement in Operation Restore Hope officially ended April 27, 1993, when the humanitarian relief sector of Mogadishu was handed over to Pakistani forces. Elements of the Division participated in the extraction of U.N. forces from Somalia.

Operation Iraqi Freedom
In early 2003, the Division deployed by air and sea to link up with its advanced headquarters deployed to Kuwait under I Marine Expeditionary Force. In a high-speed attack, and in conjunction with 1st (UK) Armoured Division and the U.S. Army 3rd Infantry Division, 1st Marine Division conducted the longest ground march in Marine Corps history. The Division attacked to Baghdad alongside the U.S. Army and seized Saddam Hussein’s hometown of Tikrit. Afterward, the Division conducted stability operations in Baghdad, Tikrit and south-central Iraq from May to October 2003. These actions earned the Division its ninth Presidential Unit Citation.

In March 2004, 1st Marine Division relieved the 82rd Airborne Division in Iraq’s Sunni Triangle. During Operation Iraqi Freedom II, the Division conducted counter-insurgency operations throughout the Al Anbar Province, culminating in Operation Al Fajr, which liberated the insurgent stronghold of Fallujah and enabled the first legitimate elections to occur in Iraq. During February and March 2005, 1st and 2nd Marine Divisions successfully conducted the largest relief in place in the history of the Marine Corps. In 2006, 1st Marine Division once again deployed to Iraq as the ground combat element for I Marine Expeditionary Force.

Operation Enduring Freedom
Throughout the course of the war, 1st Marine Division personnel and units deployed to Afghanistan to provide both advisory support and maneuver elements. In 2010, 1st Marine Division (Forward) deployed to Helmand province, Afghanistan, as part of the surge of more than 30,000 troops into the country. While in Afghanistan, the Division served as the ground combat element for Task Force Leatherneck, leading a multinational coalition and working alongside Afghan National Security Forces. They conducted large-scale offensive operations throughout Helmand province, including Sangin and Musa Qal’eh districts.

In 2012, 1st Marine Division deployed to Afghanistan to serve as the headquarters for Task Force Leatherneck, the ground combat element for Regional Command (Southwest). During the year, the Division focused primarily on training and advising Afghans to take over security and stability operations. They assisted with the closure and transition of many posts throughout Helmand province. During spring and summer, coalition and Afghan forces cleared large areas of insurgent forces as part of Operation Jaws. Currently, 1st Marine Division units are in Afghanistan supporting Operation Enduring Freedom.