The Legend of Suicide Charley

COMPANY C, 1ST BATTALION, 7TH MARINES, AND THE BATTLE FOR HENDERSON FIELD, 24–25 OCTOBER 1942 By: Major Gary Gozzens, USMCR (Retired) The 1st Marine Division (1st MarDiv) landed on Guadalcanal, Solomon Islands, on 7 August 1942, and during the next four months, the division participated in an ongoing fight to prevent the Japanese from recapturing … Read More

When I was going through and cleaning out some of my saved military documents (classes, pme, MCI’s, etc) I came across this unique document named “We Were Soldiers After Action Report”. Thinking that I’ve never actually opened it, could this document actually be the true report? Once I opened it up, I was amazed to … Read More 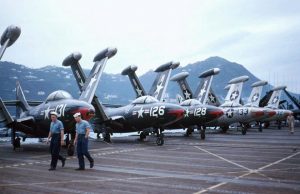 Never Forget: The Korea War Battle of the Hook Was Awful

by Warfare History Network Key point: Many lives were lost as the two sides slugged it out over small patches of land. These battles raged even as the diplomats tried to find a truce. Peering intently through a telescope, General Lemuel C. Shepherd, the commandant of the Marine Corps, scanned the shell-pocked Korean terrain in front of … Read More 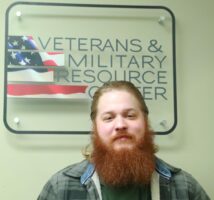 U.S. embassy post in Iraq meant six months with no days off

By Chuck Lentz Independent Nolan Forbes of Aurora recently spent four active-duty years in the U.S. Marine Corps, but he remembers most fondly just six months at the U.S. Embassy in Baghdad, Iraq. Forbes, 23, was a Marine from 2015 to 2019, rising to the rank of corporal. “It’s a company-level job but we only … Read More

Suicide Charley. 1st battalion, 7th Marines. My nephew is out there doing us proud. 🇺🇸

Get In Touch With